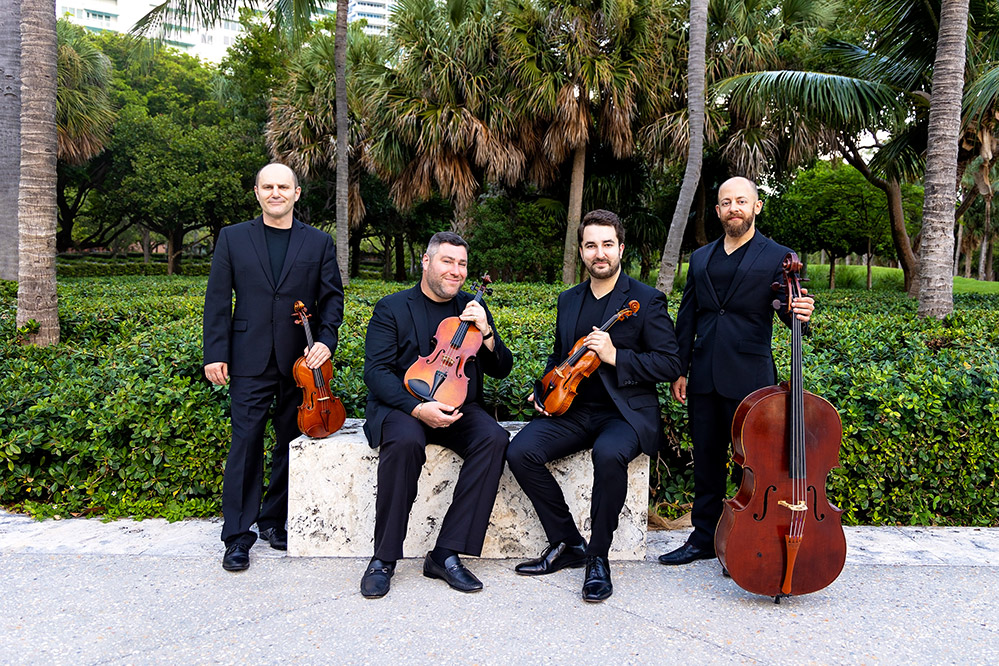 I’ve been alive long enough to have gotten used to the idea that the 16-year-old Schubert could write as inventive and satisfying a string quartet as the Quartet in E-flat Major, D. 87, but it still startles me. The young composer’s invention and imagination left my ancient but naive psyche practically wriggling in pleasure. One example: Schubert took the idea of a repeated note and used it in a surprising variety of ways in the various movements. The music is filled with beautiful and clever touches, expressing a maturity of feeling beyond the boy’s years.

Although I prefer exposition repeats in classical period string quartets and didn’t get one here, this vividly sensitive performance otherwise deeply satisfied. Recently I wrote about the difference between string quartets that attempt to sound like one instrument and those which preserve the individuality of the players. The Amernet is one of the latter, but they achieve this individuality with completely satisfying ensemble precision. This was treasurable Schubert.

Daron Hagen, who lives nearby, conceived his Suite for Viola Solo in 1986 as a kind of conversation with Bach’s Suite No. 1 for Unaccompanied Cello. Hagen spoke about his music with Maverick’s Music Director Alexander Platt. We then heard alternating movements of Hagen’s Suite, from Amernet violist Michael Klotz, and the Bach Suite, by Amernet cellist Jason Calloway. The interplay between the two works, written three centuries apart, sometimes produced something of  interest, as when Hagen’s Allemande seemed to be an attack on Bach’s, and sometimes not, when I didn’t hear any particular correspondence between the two composers (although Hagen apparently intended some).

It may have been problematic that Klotz projected Hagen’s music more powerfully than Calloway did for Bach. The Cello Suite sounded rather bland, although Calloway did use some appropriate embellishments. (This was one rare case in which I can understand playing the Bach Suite without repeats.) This interesting experiment did not result in the most gratifying musical experience.

Hagens Snapshot No. 1, a rather sweet but not sticky piece for string quartet went by quickly. Then we were off into paradise with Dvořák’s Quartet No. 14, in A-flat Major, Op. 105, one of the composer’s masterpieces that we don’t get to hear nearly as often as we should. The style of this music seems to invite unanimity of approach; I can imagine it from a string orchestra. Yet the foursome once again maintained individualities within remarkable ensemble precision. They got the idiom just right and indeed expressed a true “molto cantabile” in the third movement. Heavy rain attacked some subtleties, but excellent and affecting work came through, delivering a most gratifying conclusion to the afternoon. Next week we get the Catalyst Quartet with pianist Daniel Gortler, and more Dvořák, the great Piano Quintet

Leslie Gerber, who lives in Woodstock, New York, has been reviewing professionally since 1966, for such venues as Performance Today, Fanfare, and Amazon.com. He also publishes the Parnassus Records label. 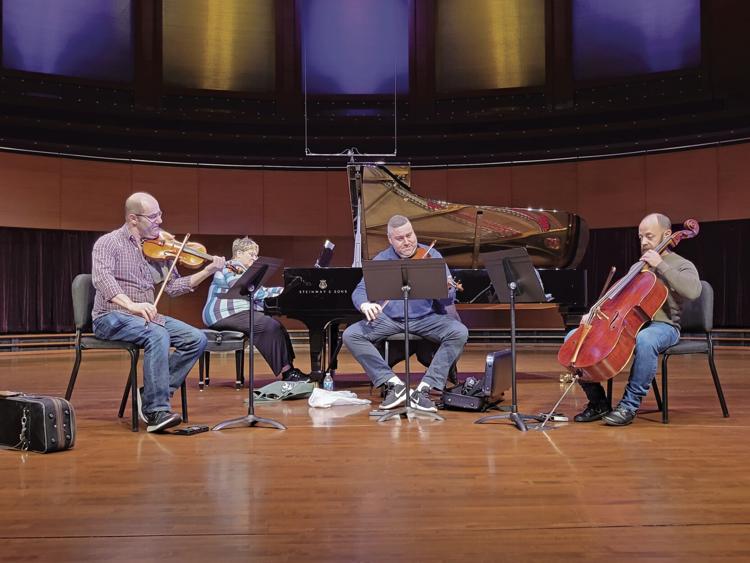 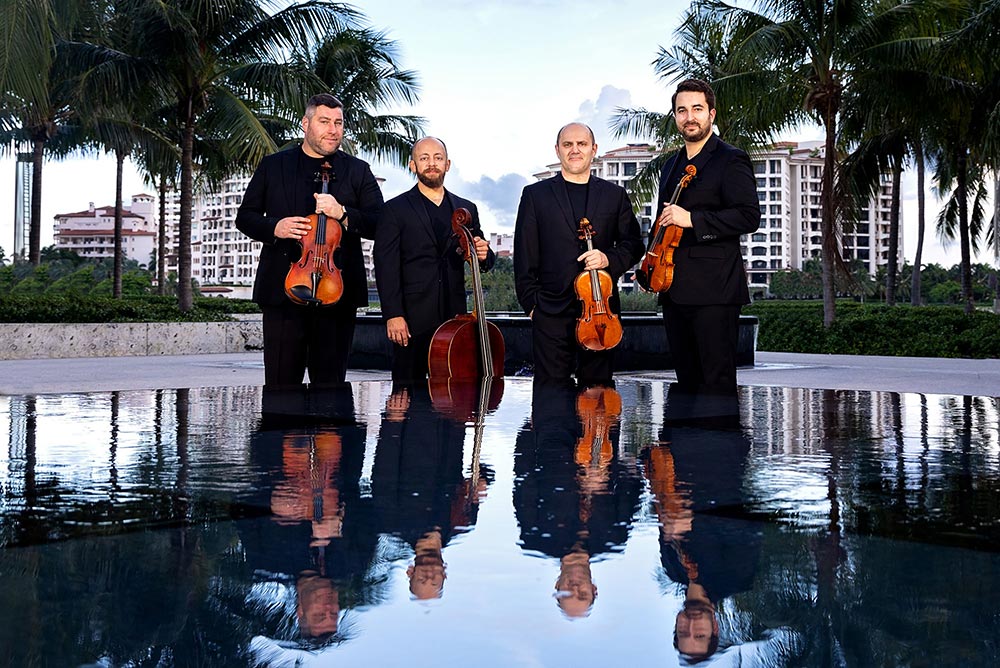 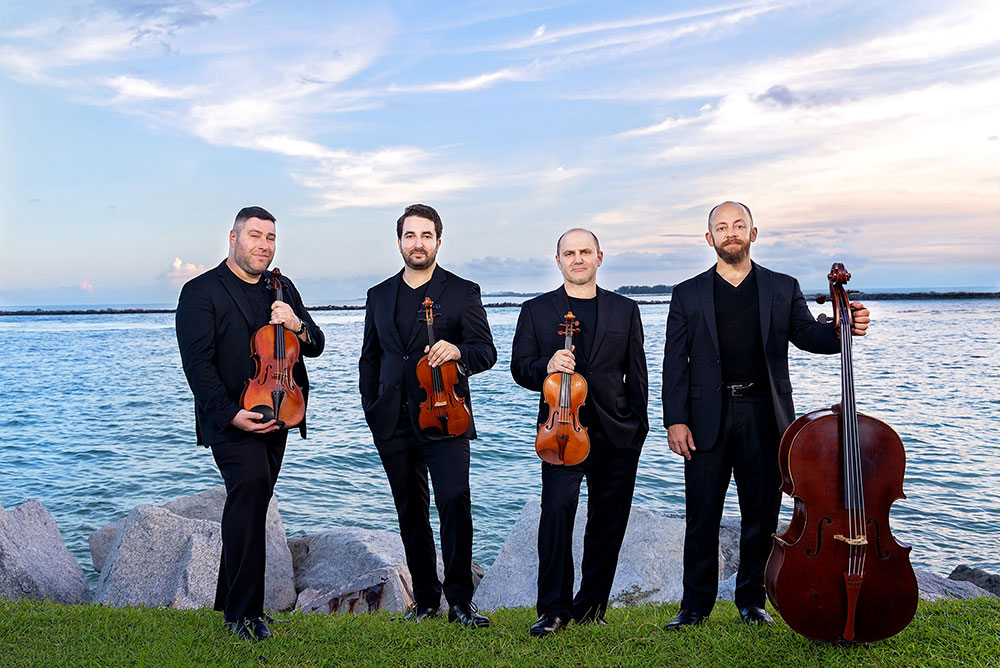 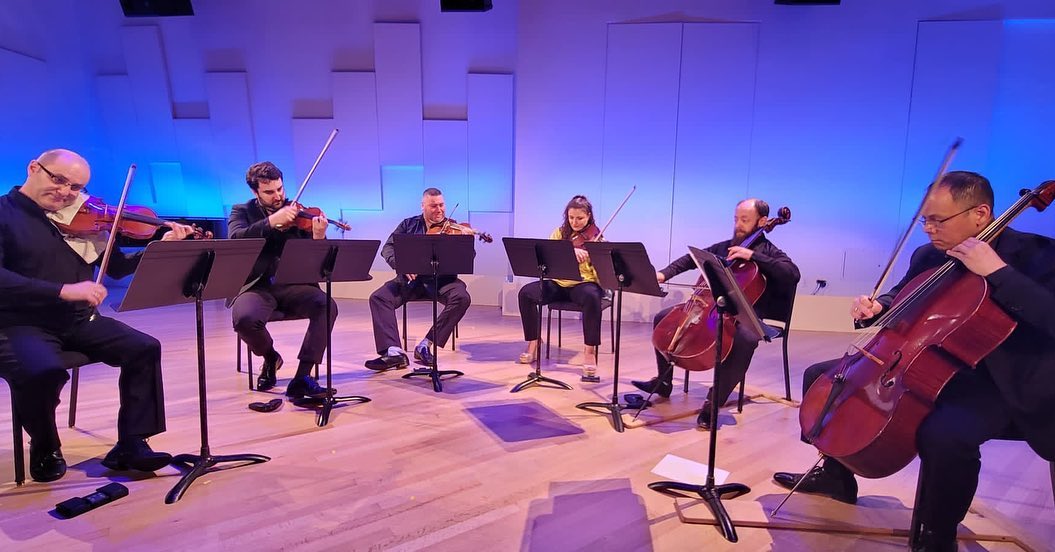 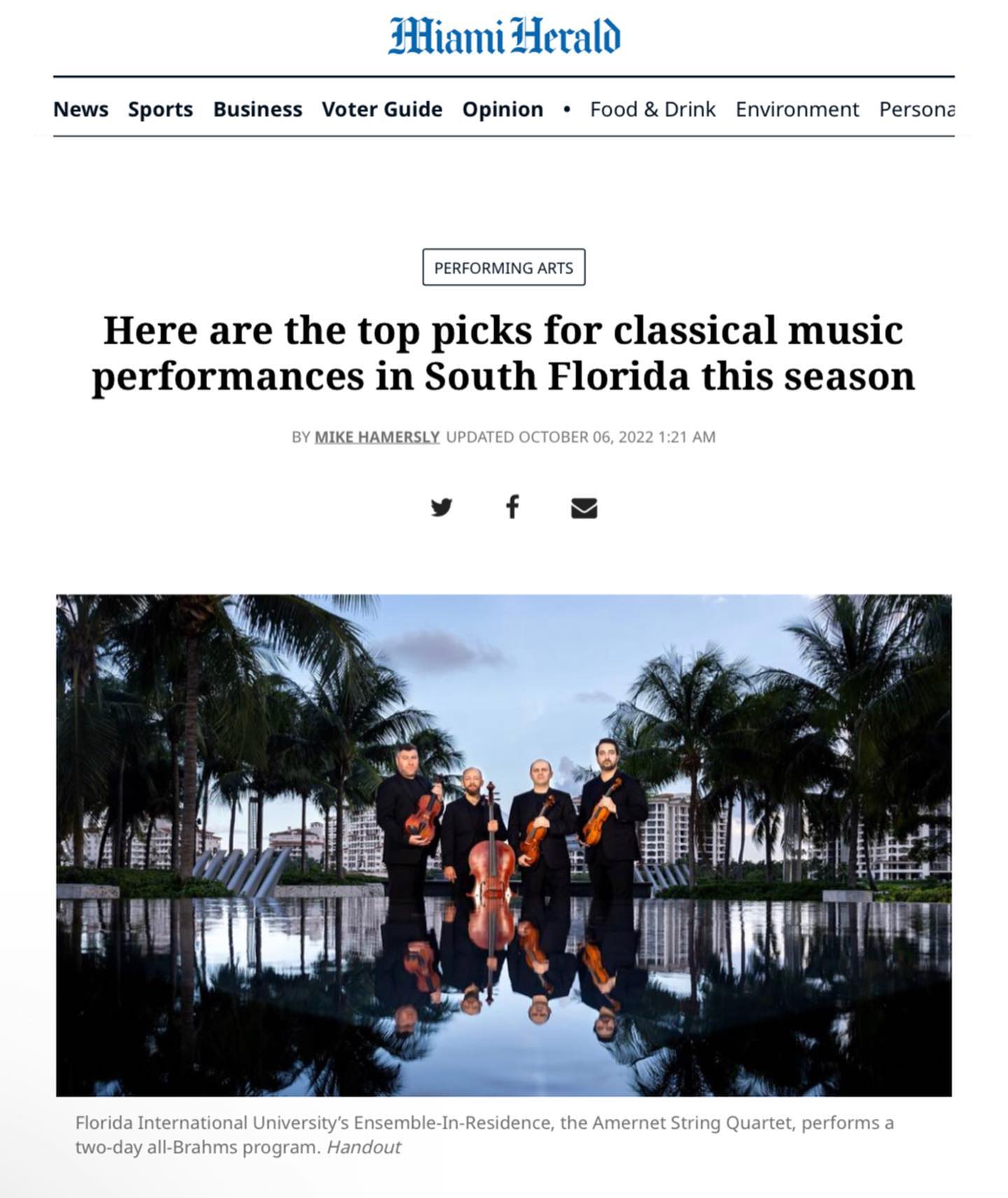 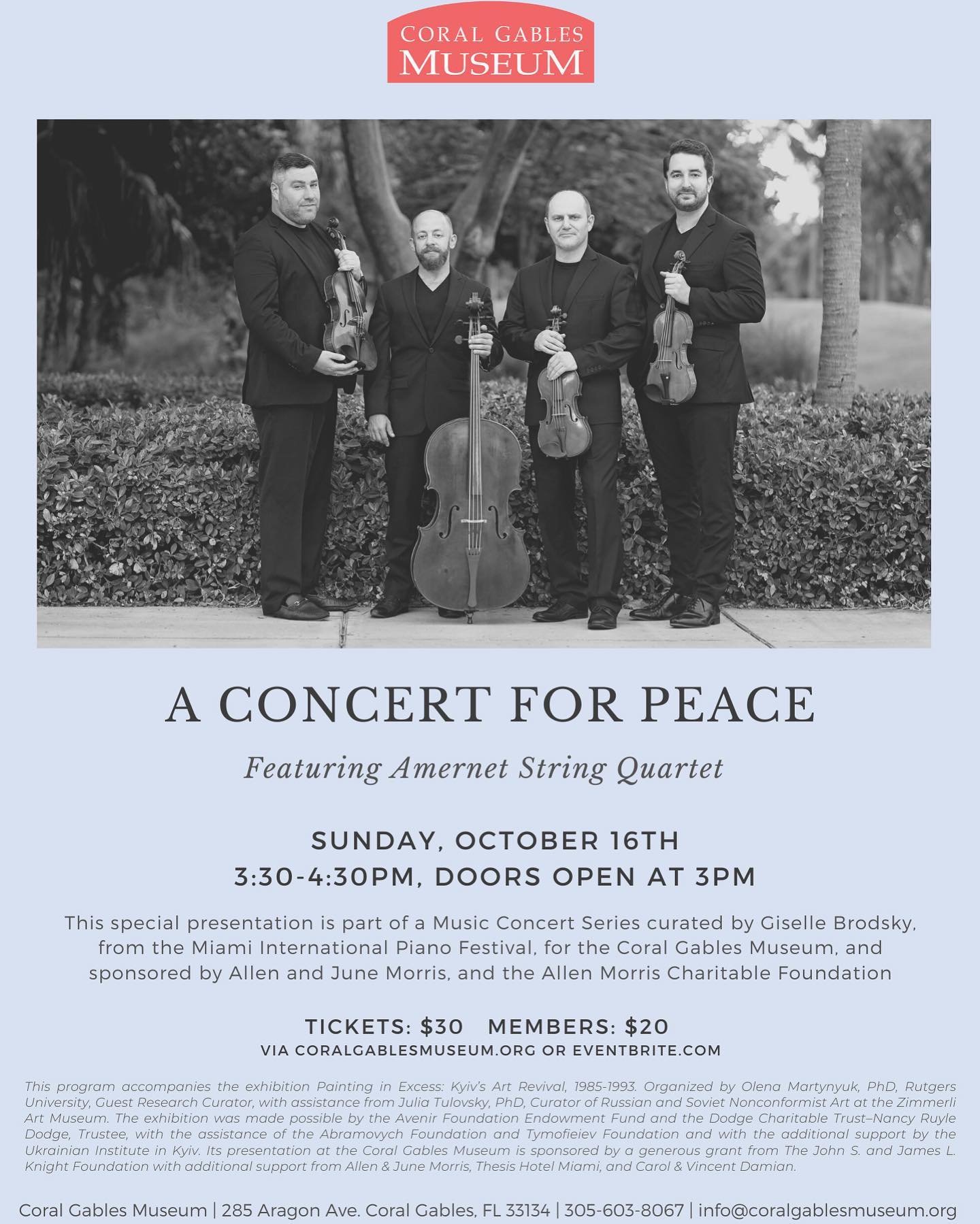 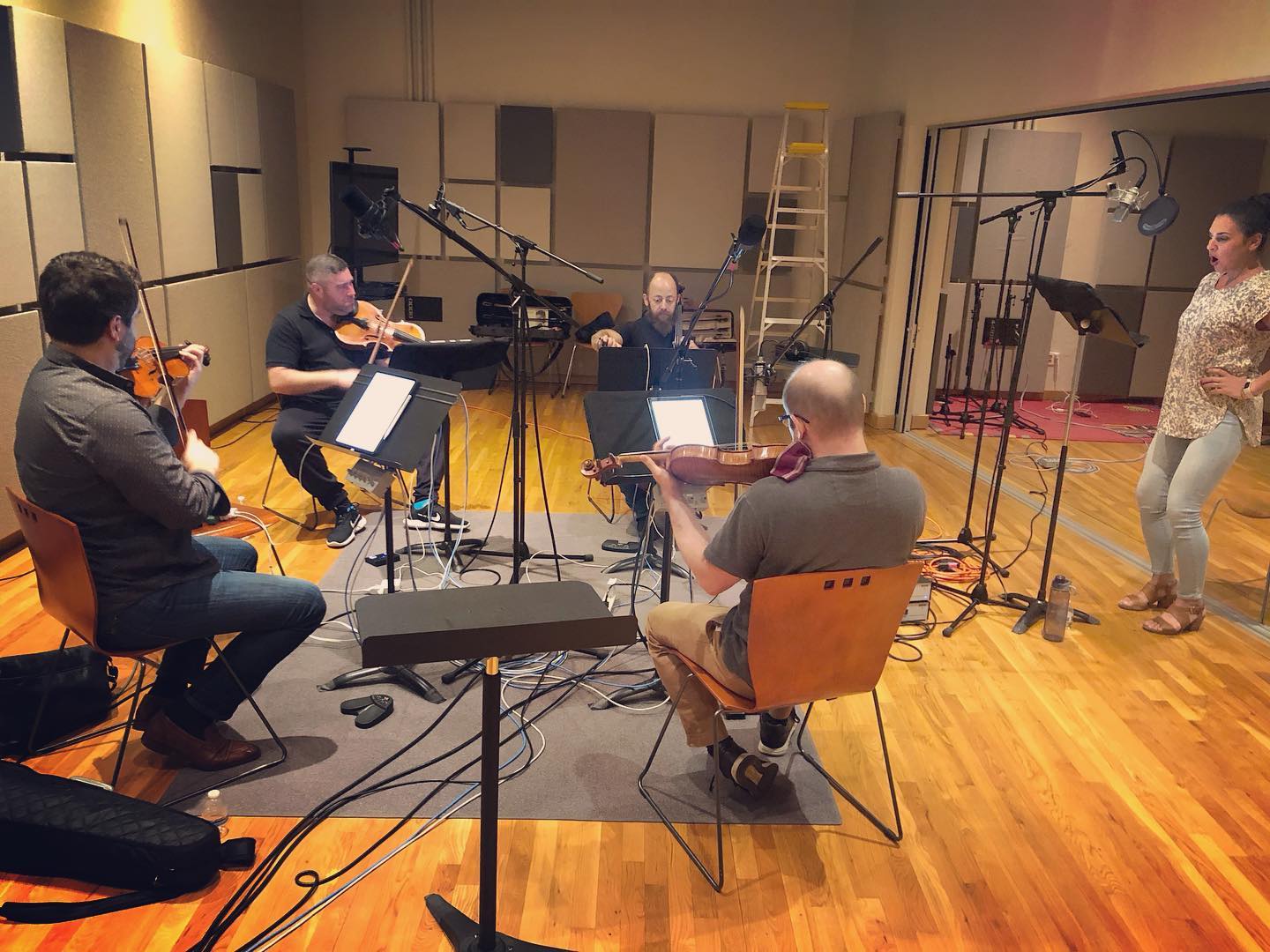